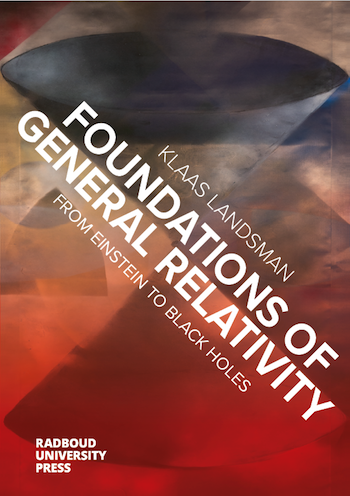 From Einstein to Black Holes

This book, dedicated to Roger Penrose, is a second, mathematically oriented course in general relativity. It contains extensive references and occasional excursions in the history and philosophy of gravity, including a relatively lengthy historical introduction. The book is intended for all students of general relativity of any age and orientation who have a background including at least first courses in special and general relativity, differential geometry, and topology. The material is developed in such a way that through the last two chapters the reader may acquire a taste of the modern mathematical study of black holes initiated by Penrose, Hawking, and others, as further influenced by the initial-value or PDE approach to general relativity. Successful readers might be able to begin reading research papers on black holes, especially in mathematical physics and in the philosophy of physics. The chapters are: Historical introduction, General differential geometry, Metric differential geometry, Curvature, Geodesics and causal structure, The singularity theorems of Hawking and Penrose, The Einstein equations, The 3+1 split of space-time, Black holes I: Exact solutions, and Black holes II: General theory. These are followed by two appendices containing background on Lie groups, Lie algebras, & constant curvature, and on Formal PDE theory.

Klaas Landsman (1963) has been a professor of mathematical physics since 2001, initially at the University of Amsterdam and since 2004 at Radboud University, where he is a founding member of the Institute for Mathematics, Astrophysics, and Particle Physics (IMAPP). He was a postdoc at the University of Cambridge from 1989-1997, and a research fellow of the Royal Netherlands Academy of Arts and Sciences (KNAW) from 1997—2002. He has been an elected member of the KNAW since 2019. His previous Open Access books include Foundations of Quantum Theory (2017) and The Challenge of Chance (2016). He also wrote two popular science books in Dutch. In 2020 he won the international FQXi essay contest on Undecidability, Uncomputability, and Unpredictability.

These are words or phrases in the text that have been automatically identified by the Named Entity Recognition and Disambiguation service, which provides Wikipedia (

) links for these entities.

How to cite this book

This book is distributed under the terms of the Creative Commons Attribution + Noncommercial + NoDerivatives 4.0 license. Copyright is retained by the author(s)

This book has been peer reviewed. See our Peer Review Policies for more information.